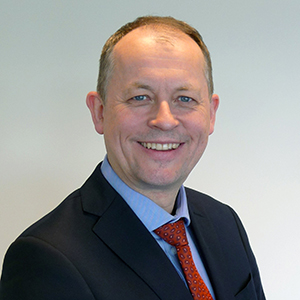 AS ESA's Director of Human and Robotic Exploration, Dr Parker led the creation of the European Exploration Envelope Programme, named Terrae Novae, approved by Ministers at the Ministerial Council in Lucerne in December 2016. Programme highlights include regular astronaut missions to the International Space Station; Europe’s contributions to Artemis including the European Service Modules for Orion and two of the four main elements of the lunar Gateway; and a multi-decade exploration of the Red Planet through ExoMars and Mars Sample Return. Programme funding grew by one third at the Space19+ Ministerial Conference in Seville in 2019.

From 2013 to 2016, Dr Parker was Chief Executive of the UK Space Agency. His initiatives included investment in both commercial and exploration missions of ESA and the creation of the Harwell space cluster near Oxford, UK, which hosts nearly 100 space organisations including the European Centre for Space Applications and Telecommunications (ECSAT).

Other successes included the UK’s International Partnership Programme which uses satellite applications to tackle global development issues; the UK government’s investment in the pioneering ‘SABRE’ air-breathing rocket engine; and the education projects for Tim Peake’s mission to the International Space Station which engaged over one million school students. In total he worked with six UK space ministers and has attended six ESA Ministerial Council meetings.

Dr Parker previously worked for over a decade in the UK space industry, initially in spacecraft propulsion and launch vehicle engineering, and later in the definition of new science missions such as XMM-Newton and Herschel. After a period seconded to the UK government’s space policy unit, the British National Space Centre, he returned to industry in a business development role, securing projects for industry including LISA Pathfinder, Aeolus and the ExoMars rover.

David Parker has a degree in Aeronautics and Astronautics from Southampton University in the UK and a PhD awarded for aeronautical research sponsored by NASA’s Langley Research Center. He was the 2019 recipient of the Royal Aeronautical Society’s Geoffrey Pardoe award for long and valued service to the space sector.