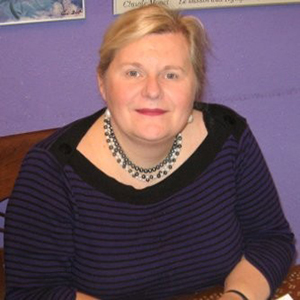 Artemis Westenberg is CEO of Explore Mars, Europe, a position she took in 2019, when she stepped down as president and board of director member of Explore Mars, Inc. in the USA. Artemis handed the presidency over to Janet Planet and in Europe Artemis found a European Explore Mars president in Maria Antonietta Perino.

Recently Artemis Westenberg started as Mission Director of the Stardust Research Station and Space Centre in Cochrane, First Nation country, Ontario, Canada. This initiative by Jason Michaud, the Founder and CEO of Stardust Technologies in Cochrane & Toronto, aims to have a seamless working relation between all inhabitants of Canada in this Arctic Analogue Research Station. Science and technologies to be used at the Moon and Mars and the human handling of them is what will bring the Stardust Research Station to the forefront of preparations for our next step in human evolution: living off planet on both our Moon and the planet Mars.

In June 2020 Artemis joined Carbon Capture Coatings in a consultancy capacity with the aim of harvesting the CO2 and N from the atmosphere with the help of lichen (algae). As CO2AT - team this company entered the X-Price Carbon Removal competition in 2021. CO2AT believes that its natural solution of CO2 scrubbing from the atmosphere will save humanity within a decade.

From the start of the COVID19 lockdown in March 2020 Artemis joined Janet Ivey (of Janet’s Planet, a STEM education company) living her passion of teaching in daily online zoom classes free for any kid (ages 7-19) that wanted to satisfy her/his curiosity. Together with Janet she had an incredible string of Scientists, Astronauts, Engineers and other amazing people give the class insight in their specialties and lives.

During those years Artemis also served as CFO of MMAARS (Moon Mars Analog Academy & Research Science) at Spaceport USA in California, where she also educated analogue astronauts in concert with the founder of MMAARS, Dr. Susan Ip-Jewell.

From 2010-2019 Artemis was president, also co-founder, of Explore Mars, Inc., as well as a member of its Board of Directors. EM Inc set up the Humans to Mars Summit among other projects to ensure humans will step on Mars by 2033, a goal that is set by NASA since 2017.

Artemis has been a lobbyist for various causes and organizations for 4 decades. Since 2000, Artemis has been involved in space exploration advocacy, as President of the Mars Society Netherlands and Steering Committee member of The Mars Society Inc. After serving as crewmember in a number of MDRS (Mars Desert Research Station) crews and consequently as CapCom for MDRS and FMARS (Flashline Arctic Research Station), also as logistics manager, for the 4 month FMARS crew in 2007, Artemis took on the responsibilities of Mission Director, managing the MDRS since August 2008, which she turned into a financially independent and self-sufficient project. She intends to establish a European Mars analog station, in which design she has been involved from the start. Artemis has organized (inter)national conferences since 1980, among which several conferences for the Mars Society in the Netherlands and Europe.

Her former employment includes management in technological multinationals such as Honeywell and THORN EMI in public affairs and in business administration and as president of the Council of Women for Rotterdam. Artemis is a nationally decorated feminist in her home country and started her feminist career as a member of the Dutch government delegation to the UN conference on the status of women, Copenhague 1980. In 2021 Artemis was awarded the high honor of ‘officer in the Order of Oranje Nassau’ by the king of the Netherlands in recognition of over 4 decades of unpaid efforts to better society for all, and especially for women.

Artemis enjoys her work as space ambassador giving lectures for any age about space exploration and Mars. She holds an M.A. in Ancient History and Islam, with minors in International Relations, and in Classical Studies from Leiden University, the oldest university of the Netherlands (1575), and a degree in General Management, from the Dutch Entrepreneurial Society.