THE 2023 HUMANS TO MARS SUMMIT

The National Academy of Sciences Building 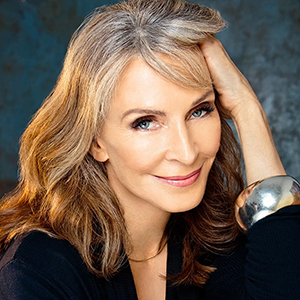 Gates McFadden is best known for her role as Dr. Beverly Crusher on Star Trek: The Next Generation – six seasons and four films. She is also a stage actress, choreographer, director, teacher, and the host of the Nacelle Podcast Gates McFadden InvestiGates: Who Do You Think You Are?

Born and raised in Ohio, she spent many years working and teaching in France, New York, and along the East Coast. Gates now lives primarily in Los Angeles, where she is always hard at work on upcoming projects and teaching her smart aleck cats to make a decent cup of coffee

See below for her extensive body of stage, screen, and teaching work.