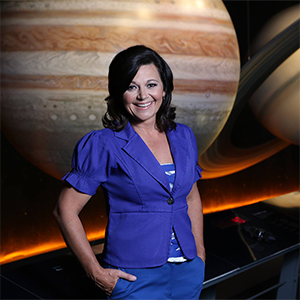 Janet Ivey creator of Janet’s Planet is committed to enriching the lives of children via education and live performances, TV, and online programming.

With over 25 years in the children’s entertainment and education, Janet has captivated Nashville and beyond with her work.

She has received 12 Regional Emmys and five Gracie Awards for her children’s series Janet’s Planet that airs on 140+ public television stations nationwide.

Janet has won a  STEM-FLORIDA Award for the  “Exploring Microgravity,” an educational video about gravity and microgravity that she wrote and produced for  Space Florida.

This dynamic and fast-paced series is geared to 7-12 year olds and focuses on science, space, history and health. The short form series can be seen on public television stations nationwide, as well as KTV (Kids and Teen Television), YouTube, BatteryPop, Club Jelly Telly, AmebaTV, and HighBrow in the UK, and the Children’s Television Network.