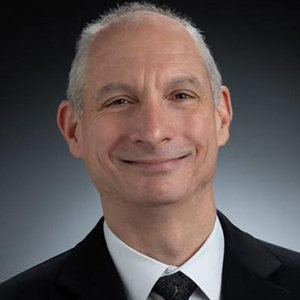 Mr. Gramling began his career at the NASA Goddard Space Flight Center in 1985, developing flight hardware simulators for the Hubble Space Telescope Project.  He became a subsystem manager on the  Tracking and Data Relay Satellite (TDRS) Project in 1992, prior to the launch of TDRS-F.  He advanced to Space Segment Manager on the TDRS-H,I,J development program, serving in that position through the launch of TDRS-J in 2002.  He was appointed Project Manager for the TDRS-K,L,M development program, successfully launching TDRS-K in 2013 and TDRS-L in 2014.

In 2015 Mr. Gramling became Associate Director of Flight Projects for Earth Science Projects at Goddard, concurrently serving as Program Manager of the Earth Systematic Missions Program (ESMP).  In this role he was responsible for the portfolio of directed development projects identified by the Earth Science Decadal Survey, successfully launching Jason-3, SAGE-3, and TSIS-1.

Mr. Gramling joined the Johns Hopkins University Applied Physics Laboratory in 2018, where he served as the Project Manager of the Galactic/Extragalactic ULDB Spectroscopic Terahertz Observatory (GUSTO) through the Preliminary Design Review and Confirmation Review.

He returned to NASA in 2020, where he serves as the Director of the Mars Sample Return Program in the Science Mission Directorate at Headquarters.