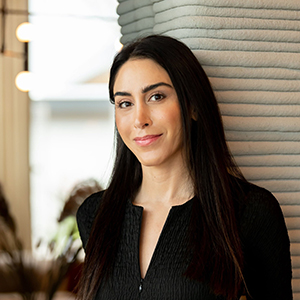 As Director of Architecture & Building Performance at ICON, Melodie oversees the architectural direction of ICON’s built work as well as the performance of ICON’s building systems. Collaborating across technology and construction teams, the goal of Architecture & Building Performance at ICON is to deliver optimally-performing structures enabled by 3D-printing and shift the paradigm of homebuilding on Earth and beyond.

Prior to ICON, Melodie was a Senior Associate Researcher in human factors with San Jose State University Research Foundation at NASA Ames, a co-founder of Space Exploration Architecture (SEArch+), a group developing human-supporting concepts for space exploration, as well as a professor of design at Pratt Institute and Art Center College of Design. As a co-founder of SEArch+, Melodie collaborated with ICON on design schematics for a permanent Lunar base for Project Olympus. Melodie has worked as a design architect at Locatelli Partners, Pentagram, AvroKo and Studio Geiger Architecture & Design.

Melodie obtained a Master of Architecture degree from Columbia University and a Master of Human-Computer Interaction degree from the School of Computer Science at Carnegie Mellon. As an undergraduate, Melodie studied Industrial Design at Art Center College of Design and Rhetoric at UC Berkeley. Melodie was a leader and member in teams that won first prize in both of NASA’s design solicitations for 3D-printed Habitats: in Phase 1 for “Mars Ice House” and in Phase 3 for “Mars X-House.” Melodie is a 2019-2020 Future Space Leaders fellow.

Melodie is of Iranian heritage and geeks out on new material & fabrication technologies. She likes tiny robots. She would like to visit the Moon (though not yet Mars) in her lifetime.