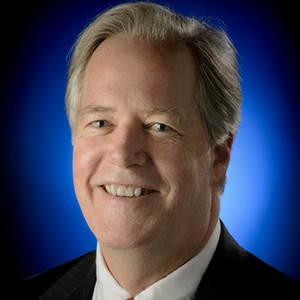 Michael Meyer is a Senior Scientist at NASA Headquarters in the Science Mission Directorate. He is the Lead Scientist for NASA’s Mars Exploration and for Mars Sample Return Programs, responsible for the science content of current and future Mars missions. Dr. Meyer is also Program Scientist for the Mars Science Laboratory/Curiosity mission. In 2009, Dr. Meyer was awarded Exceptional Service Medal and the Presidential Rank Award for Meritorious Professional Service.

Dr. Meyer was the Senior Scientist for Astrobiology from 2001 to 2006. The Program, which is dedicated to the study of the life in the universe, started in 1997 with Dr. Meyer as the Discipline Scientist. Since 1993, Dr. Meyer managed NASA’s Exobiology Program and from 1994 to 1997, was also the Planetary Protection Officer for NASA, responsible for mission compliance to NASA's policy concerning forward and back contamination during planetary exploration. Dr. Meyer was the Program Scientist for the 2001 Mars Odyssey mission, which was launched in 2001 and is still orbiting Mars, and for the Mars Microprobe mission (DS-2) and for two Phase I Shuttle/Mir experiments. He was detailed from the Desert Research Institute, University of Nevada, where he was an assistant research professor from 1989-97. From 1985 to 1989, he served as associate director and associate in research for the Polar Desert Research Center, Department of Biological Science, Florida State University. In 1982, he was a visiting research scientist at the Culture Centre for Algae and Protozoa in Cambridge, England.

Dr. Meyer's primary research interest is in microorganisms living in extreme environments, particularly the physical factors controlling microbial growth and survival. He has conducted field research in the Gobi Desert, Negev Desert, Siberia, and the Canadian Arctic. He is also a veteran of six research expeditions to Antarctica, to study microbial ecosystems in the McMurdo Dry Valleys (1985/87), investigate krill-phytoplankton relations (1978/81), and research primary productivity in the Weddell Sea (1977). His experience also includes two summers working as a treasure salvager off the coasts of Florida and North Carolina.
Dr. Meyer earned his Ph.D. and M.S. in oceanography from Texas A&M University (1985 and 1981) and his B.S. in biology from Rensselaer Polytechnic Institute (1974).