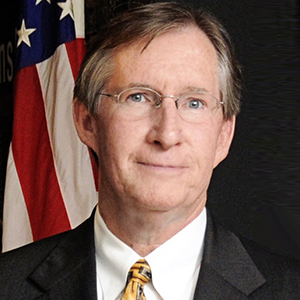 Named to the position in September 2011, Clinton handles day-to-day oversight of the organization and its more than 250 civil service and contract employees. The office conducts advanced research at the intersection of science and exploration – expanding general scientific knowledge and understanding, while furthering NASA's mission to extend our reach across the solar system.

Clinton previously served as deputy director of the Science & Mission Systems Office from 2008-2011, and as acting manager of NASA's Lunar Program & Projects Office at Marshall, which manages pathfinding robotic missions to the moon to lay the groundwork for sustained human exploration of the solar system.

From 2006 to 2008, he served as deputy for program assurance in the Marshall Center's Safety & Mission Assurance Directorate. He instituted the S&MA Council, the safety element of the NASA governance model, and led substantial improvements in assessment and communication of technical issues for space shuttle propulsion systems and Ares propulsion elements.

From 2003 to 2006, Clinton was manager of the Microgravity Science and Applications Department, part of Marshall's former Science Directorate. He was chiefly responsible for planning, budgeting and overseeing research to enable NASA's exploration of space. He led a team of some 450 researchers, engineers and support personnel conducting world-class materials research, technology development and hardware design and fabrication, all supporting research in space and on Earth.

During that period, he also was selected to lead NASA's investigation into thermal protection system foam loss during liftoff of space shuttle Discovery on the STS-114 mission in July 2005. The findings and recommendations of the investigation led to several significant design and safety improvements to the thermal protection system of the space shuttle’s external tank.

Clinton was appointed in 2003 to the Senior Executive Service – the personnel system that covers most top managerial, supervisory and policy positions in the executive branch of the federal government.

From 2001 to 2003, he served on special assignment in the Office of Biological and Physical Research at NASA Headquarters in Washington. Initially, he served as assistant enterprise scientist for materials science, developing and implementing strategic materials science research initiatives. In 2002 Clinton was named special assistant for research integration and management, he established integrated research policies for NASA's Physical Sciences Research Division, which encompassed theoretical and experimental research in the areas of fluid physics, combustion, materials, biomolecular physics, chemistry, nanotechnology and other technologies tied to human exploration and development of the space frontier.

A native of Hot Springs, Ark., Clinton earned his bachelor's, master's and doctoral degrees from the Georgia Institute of Technology in Atlanta, in 1973, 1976 and 1982, respectively. He has published more than 60 papers and technical reports.

He is the recipient of numerous NASA and industry awards, which include the Presidential Rank Award for Meritorious Executive for his outstanding achievements at NASA. Additional awards are the NASA Silver Snoopy award, presented in 1990 by the Astronaut Corps for his noteworthy contributions to NASA's ongoing human spaceflight missions. He also received the NASA Exceptional Achievement Medal in 1995 for his leadership in developing and testing advanced materials for the space shuttle's powerful reusable solid rocket motors, which help propel the shuttle to orbit. In 2000, the Engineers Council honored him with the Distinguished Engineering Achievement award for his efforts in the development of nonmetallic materials for application to current and future launch systems. He received NASA's Outstanding Leadership Medal in 2006 for his leadership of the Reinforced Carbon-Carbon Aging Effects Team and his contributions to Return to Flight.

Clinton lives in Huntsville, Ala.