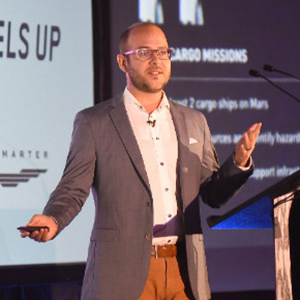 I have spent my life and career as problem solver. From picking stones and baling hay in farm fields, frankensteining rotary engine cars in garages, to becoming an entrepreneur at 22 and built a multi-million dollar advertising agency over a decade. After selling the business to a New York holding company and joining the M&A team I helped to acquire 19 companies in a 3 year period.

I continued building a few more companies, advising investors, mentoring students and entrepreneurs but soon realized that there are bigger challenges the world needs solving like Climate Change, World Hunger and a healthier planet. I decided that I could make a bigger contribution to the world and started by assisting to commercialize and scale a novel biotechnology company.

Through this experience I realized the need for a circular project development company. A company which can rapidly build large scale novel technology projects that make an impact in the world. That has the ability to rapidly finance and deploy these projects all around the world because there are 821M+ people starving every day and the climate is changing faster than we can imagine. By selecting the right technologies we can build closed loop farms to grow food anywhere on earth today and even in space tomorrow. The best thing, these technologies already exist around the planet. They just needed the right vision, and ability to fund it.

I started Orbital Farm in 2018 and we're now in the process of building closed loop systems that can produce vaccines and medicines for billions, hydrogen energy and food production all around the world from water, CO2 and electricity. Orbital Farm will build 200 circular mega projects around the planet to support and feed billions of people here on earth today, and spend the next 20 years prototyping and developing the technology to feed people in space in the future.

This is my life's work, my dream and my purpose.