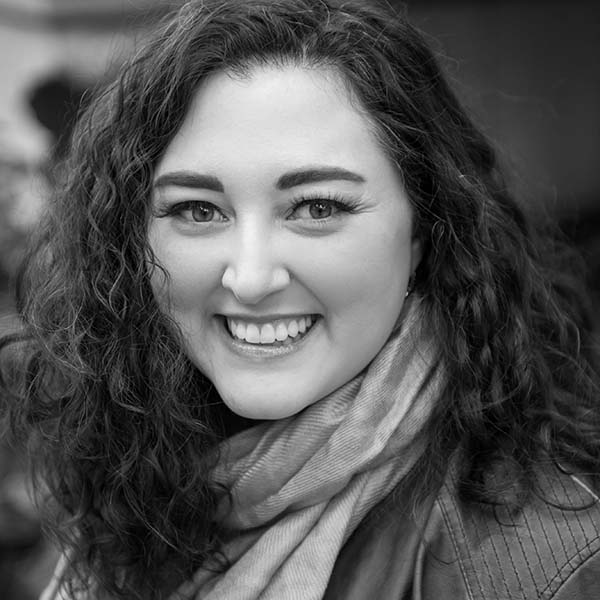 Amy Imhoff is a digital marketing manager and media director who started her career in technology writing after earning her undergraduate degree in English Literature from Fairfield University. Amy went on to a Master’s in Literature, where her thesis focused on applying a feminist lens to 18th and 19th-century British literature. Her scholarship was presented at several academic conferences postgrad and she taught college writing to rowdy college freshman.

During her twelve years in the tech sector, Amy began to lead panels and host conversations onstage at pop culture conventions across the US, noticing a distinct lack of women hosting these events. Her panels focus on women’s representation and diversity in genre media, literary influences on sci-fi television/film/video games, and creating connection within fan communities. In 2018, the connections she had forged across the Star Trek franchise led her to launch her own marketing business, Amy Imhoff Digital Management, helping Starfleet officers and small businesses live their best digital lives. Amy serves as Kate Mulgrew’s media director, having taken the Admiral’s social media following from a humble start to reaching one million+ people daily.

Through her work as a steward of Janeway’s legacy, Amy meets incredible individuals at all levels of STEAM leadership, forging partnerships among luminaries in the space, nonprofit, and Hollywood creative communities. She is always networking to bring projects and campaigns of all sizes to successful fruition.

In addition to leading 85+ virtual and in-person panel discussions to date, Amy’s writing can be found on numerous pop culture websites and in nonfiction anthologies dedicated to scholarly examination of media properties. She has appeared on numerous podcasts in the Star Trek fandom, most notably Women at Warp, the Trek Geeks Podcast Network, and the Star Trek Online community. Amy is based outside of NYC, where she lives with her husband and two silly cats. Find her on social media platforms @amyimhoff1701.