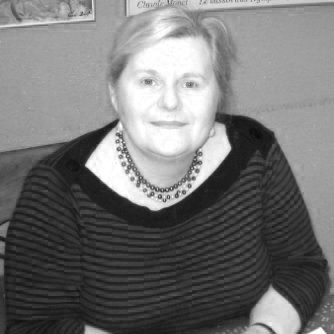 Artemis Westenberg is Co-founder & President Emerita of Explore Mars, Inc. She intends to see humans walk on Mars within the next two decades.

Artemis has been a lobbyist for various causes and organisations for 37 years, starting with a successful lobby for her grammar school when 17. Since 2000, Artemis has been involved in space exploration advocacy, as President of the Mars Society Netherlands and Steering Committee member of The Mars Society Inc. After serving as crewmember in a number of MDRS (Mars Desert Research Station) crews and consequently as CapCom for MDRS and FMARS (Flashline Arctic Research Station), also as logistics manager, for the 4 month FMARS crew in 2007, Artemis took on the responsibilities of Mission Director, managing the MDRS since August 2008, which she turned into a financially independent and self-sufficient project. She intends to establish a European Mars analogue station, in which design she has been involved from the start. Artemis has organised (inter)national conferences since 1980, among which several conferences for the Mars Society in the Netherlands and Europe.

Her former employment includes management in technological multinationals such as Honeywell and THORN EMI in public affairs and business administration, and president of the Council of Women for Rotterdam. Artemis is a nationally decorated feminist in her home country and started her feminist career as member of the Dutch government delegation to the UN conference on the status of women, Copenhague 1980.

Artemis enjoys her work as space ambassador giving lectures for any age about space exploration and Mars. At present, Artemis works as Business Manager of the Van Beek-Donner Stichting, a welfare foundation in Rotterdam. She holds an M.A. in Ancient History, and Islam, with minors in International Relations, and in Classical Studies from Leiden University, the oldest university of the Netherlands (1575), and a degree in General Management, from the Dutch Entrepreneurial Society.