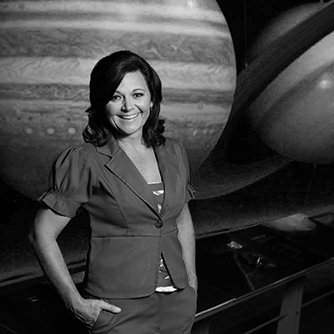 Janet Ivey, President, of Explore Mars, Inc., and Creator and CEO of the award winning Janet’s Planet is committed to enriching the lives of children via education and live performances, TV, and online programming. With over 27 years in the children’s edutainment and space science outreach sector, Janet has captivated Nashville and beyond with her work. Her first Tedx Talk was in 2014 entitled, AWE,(Art, Wonder and Experiential) Inspired Science, her second Tedx Talk will happen May 3rd, at the Weiss School, entitled, “How To Inhabit Your Very Own Planet, #PlanetYou.” She has received 12 Regional Emmys, five Gracie Allen Awards, for her children’s series Janet’s Planet that airs on 140+ public television stations nationwide. Most recently Janet joined the Board of Directors for Explore Mars, she is an active NASA JPL Solar System Ambassador, on the Board of Governors for the National Space Society, the Educational Director of the Midsouth Chapter of NATAS, (National Academy of Television Arts and Sciences) recipient of the New World’s Institute’s inaugural Permission to Dream Award in 2016 and has won a STEM-FLORIDA Award for “Exploring Microgravity,” an educational video about gravity and microgravity, she wrote and produced for Space Florida. Janet’s Planet is a dynamic and fast-paced series is geared to 5-10 year olds and focuses on science, space, history and exploration. The short form series can be seen also on streaming sites, YouTube, BatteryPop, Club Jelly Telly and HighBrow in the UK.

Her mission is simple, amplify the love of space, science and exploration and to encourage this generation that MARS is theirs.