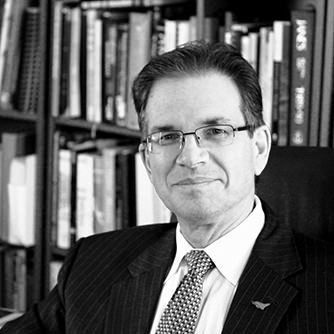 Joe Cassady, who is Executive Vice President, and a member of the Board of Directors, of Explore Mars, is a graduate of Purdue University where he majored in Aeronautics and Astronautics. He received a Bachelors Degree in 1981 and a Masters Degree in 1983. His course of study for the Masters Degree emphasized Electric Propulsion and Orbital Mechanics. While pursuing his Master’s Degree, Joe worked as a Researcher at the Air Force Rocket Propulsion Laboratory at Edwards AFB. There, he performed research into the acceleration mechanisms of Magneto Plasma Dynamic (MPD) thrusters. After graduating, Joe continued his research at the AFRPL, where he helped to create the in-house Electric Propulsion Laboratory (EPL). While at AFRPL he was twice awarded Air Force Sustained Superior Performance awards, received the AFRPL’s Excellent Performance award and was nominated as the Los Angeles Regional Civil Service Employee of the Year in 1984.

In 1985, Joe Cassady joined Rocket Research Company (RRC) in Redmond, WA as a Senior Development Engineer. Since then, he has been involved with propulsion research and development in varying roles with Olin Aerospace, Primex Aerospace Company, General Dynamics Space Propulsion Systems, and Aerojet. His work has included experimental research and analysis for satellite propulsion using arcjets, ion thrusters, pulsed plasma thrusters, and Hall thrusters. Joe led the project team that developed and flew the highest power electric propulsion device ever flown aboard the Air Force ARGOS satellite in 1999. He was twice awarded the company’s Administrator of the Year Award for his contributions to advancing the company’s technical and business capabilities. In 2001, he was recognized as part of the EO-1 Pulsed Plasma Experiment team with a Goddard Space Flight Achievement Award. More recently, his responsibilities have evolved to include research projects in cryogenic propulsion and development of thruster technology in support of the NASA Exploration. Currently Joe is the Executive Director of the Washington, DC Office of Aerojet. He is based in Washington, DC.

He has served on numerous interagency panels including the NASA Solar System Exploration Team, the Space Propulsion Synergy Team and the New Millennium Project Development team. He has a long-standing interest in advanced propulsion for planetary exploration and in low thrust orbit mechanics. He has authored or co-authored more than 45 papers dealing with propulsion technology and its applications. He holds four patents for electric propulsion technologies. His professional affiliations included the American Institute of Aeronautics and Astronautics; the American Astronautical Society; and the Electric Rocket Propulsion Society, where he serves as Vice President, Operations. His lifelong goal has been to see humans travel to Mars.