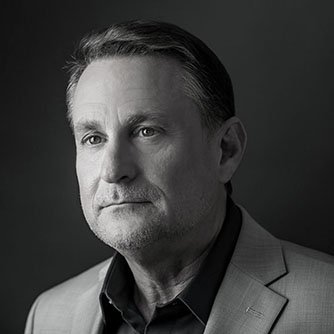 Rich Phillips is a member of the Board of Directors of Explore Mars, Inc. For more than 20 years, Phillips has worked with our nation’s leading companies and political leaders to help build leadership positions for companies, products, issues and ideas.

Prior to founding Phillips & Company, Phillips served as Chief Communications Officer of Simplified Development Corp., an Austin-based provider of telecommunications software, where he led marketing and communications strategy for North America, Asia and Europe.

Prior to Simplified, Phillips served as Director of Corporate Communications at NIC, a leading provider of Government services. In that capacity, Phillips worked directly with state CIOs and other state and local government leaders and associations including the National Governors Association to launch the Government Web Privacy Coalition aimed at ensuring the protection of private data and information. Phillips also directed thefirst benchmark study on citizen and business demand for Government services.

Before that, Phillips served as Vice President of the Next-Generation Communications Practice at Cunningham Communication, a communications consulting firm, where he managed accounts for global leaders in telecommunications and Internet technologies, including Sprint Corporation.

Phillips has also served as Director of Public Affairs for the Reason Foundation, a national public policy think tank where he was responsible for strategic planning and communications with national media and federal, state, and local government officials. Phillips successfully built strategic coalitions with both opinion leaders and associations in order to advance public policy programs and solutions in transportation, education andenvironmental policy.

In 1991 and 1992, Phillips served as Director of Information Services at the Bush/Quayle campaign in Washington D.C. under Ari Fleischer. Phillips also served as a technical advisor for media and information management at the Republican National Convention in Houston, Texas.

Prior to joining the Bush campaign, Phillips served as policy development assistant in the Office of Policy Planning at the White House under Jim Pinkerton, Deputy Assistant to the President for Policy Planning.

He is an adjunct professor at St. Edward’s University New College and a 1997-98 Graduate of Leadership Austin.

Phillips moved to Austin in 1996 and is a proud Texas business owner with deep roots in national service. He married his wife Michelle in 1994 and they have three children. Phillips earned a Bachelors degree in Economicswith Distinction from Boston University and a Masters in Public Policy from Georgetown University.