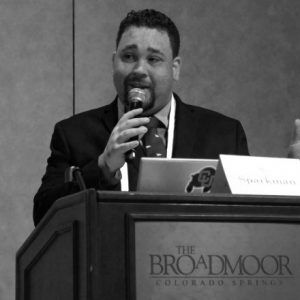 Ron Sparkman is the Founder & Editor-in-Chief of Stardom, a space media company, with the mission to make space science more approachable & accessible to everyone on the planet. Via this platform, Stardom’s international team covers space news, science communication events, rocket launches, space & science museums, and more. He is also the co-creator of I Love Mars, one of the largest communities for Mars fans on social media. In these roles, Ron has spoken at such events as the Space Symposium, the Mars Society Convention and the Humans to Mars Summit, has interviewed dozens of science stars for The Stardom Interviews on YouTube including Neil deGrasse Tyson, Emily Calandrelli, Alan Stern, and dozens more, and has grown a collective online community over 200,000 followers. He and ILM founder Bill Hargenrader also founded the digital conference Space, Science, & SciFi Summit, with a follow-up summit planned for 2019. They also co-host The Mars Society’s popular podcast Red Planet Radio, speaking with experts on Mars from a wide-ranging group of renowned colleges, space organizations, & innovative companies.

Ron is an Advanced Academy graduate of Project PoSSUM, the citizen-scientist astronautics program. He works alongside Executive Director Jason Reimuller and a diverse group of PoSSUM members to help engage members of the LGBT and Women in STEM communities in STEM activities and opportunities such as the Out Astronaut and POSSUM 13 programs. For his efforts, he was named runner-up for the 2018 PoSSUM Science Educator award. Ron was a finalist for the 2018 Xploration Outer Space Student Astronaut Contest with an exceptional group of Brooke Owens Fellows and winner Lee Giat. Stardom is also a part of the Space Foundation’s Space Certification program for Imagination products.