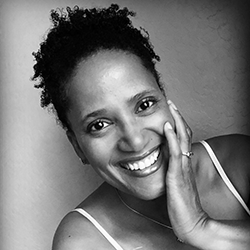 Dr. Proctor is a geoscientist, explorer, and science communication specialist with a passion for space exploration. She’s an analog astronaut and has completed four analog missions including the all-female SENSORIA Mars 2020 mission at the Hawai’i Space Exploration Analog and Simulation (HI-SEAS) Habitat, the NASA funded 4-months Mars mission at HI-SEAS, a 2-weeks Mars mission at the Mars Desert Research Station (MDRS), and a 2-weeks Moon mission in the LunAres Habitat). She believes that when we solve for space, we also solve issues on Earth. She believes sustainable food practices used in space exploration can reduce food waste on Earth. She has a TEDx talk called Eat Like a Martian and published the Meals for Mars Cookbook. She was a finalist for the 2009 NASA Astronaut Program.

She is an international speaker who enjoys engaging in educational outreach. She is a continuing NASA Solar System Ambassador and serves on the National Science Teaching Association’s Aerospace Advisory Board, the JustSpace Alliance board, the Science in the Wild Advisory Board, and the SEDS USA advisory board. In 2019, she was the science communication outreach officer on the JOIDES Resolution expedition 383 and spent 2-months at sea investigating the dynamics of the Antarctic Circumpolar Current. She also participated in the 2-week faculty development seminar Exploring Urban Sustainability in India. She was a 2017 National Oceanic and Atmospheric Administration (NOAA) Teacher at Sea, a 2016 Astronomy in Chile Educator Ambassador (ACEAP), and a 2014 PolarTREC Teacher investigating climate change in Barrow, Alaska.

Dr. Proctor is a geology, sustainability, and planetary science professor at South Mountain Community College, Phoenix, Arizona. She has a B.S. in Environmental Science, an M.S. in Geology, and a Ph.D. in Science Education. She is currently on sabbatical at Arizona State University’s Center for Education Through Exploration. She did her 2012-13 sabbatical at the Federal Emergency Management Agency’s (FEMA) Emergency Management Institute developing their science of disasters curriculum. She has appeared in multiple international science shows and is currently on A World Without NASA and Strange Evidence.