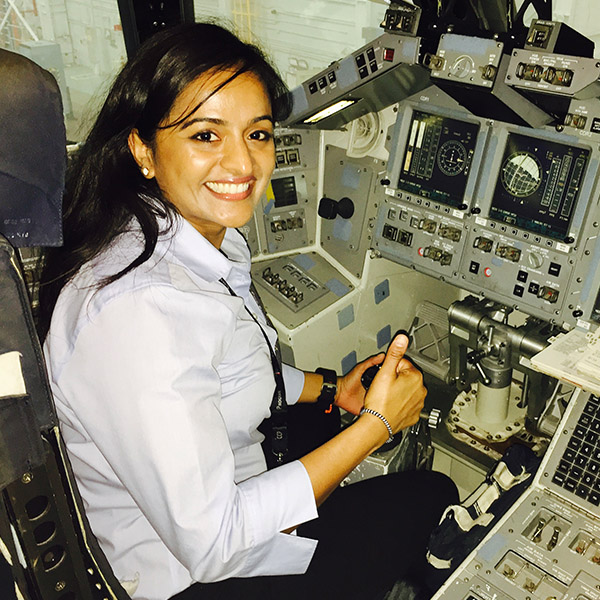 Dr. Kavya K.Manyapu is a Space Scientist working in Flight Crew Operations and Testing building the next generation human rated spacecraft, the CST-100 Starliner, at the Boeing Company. She is the Starliner Spacesuit Lead and also serves as a Flight Test Director for Starliner’s Flight Tests. She served as a Mission Evaluation Room (MER) Duty Officer for the International Space Station (ISS) and currently participates in Boeing’s efforts on future Lunar missions. She is an Adjunct Professor at the University of North Dakota (UND) in the School of Aerospace Sciences.

Dr. Manyapu holds a Bachelor of Science in Aerospace Engineering from Georgia Institute of Technology, Master of Science in Aeronautics and Astronautics from MIT, and a Ph.D in Aerospace Sciences from UND. Her research envelops novel, next generation spacesuit technologies for planetary missions with a focus on self-cleaning spacesuits and habitats for moon and mars missions and holds 6 patents on the research. Spacesuit samples based on her research work were recently launched to the International Space Station.