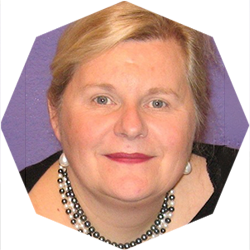 Artemis Westenberg brings passion, creativity, love for knowledge, and love for teaching to the floor of any class to make it blossom. She strongly believes that there is a spark of curiosity in all of us, regardless of age, that just needs to be seen, acknowledged, and nurtured to blossom.

Since early in her career, she gained the experience of working with pupils in a variety of subjects. As her curiosity was peaked by many subjects she added sciences and subsequently all things Mars to her mix, which culminated in her decades-long dedication to put humans on Mars within her lifetime.

In the past two decades, Artemis has become a well-known Mars and Space ambassador, often as a Netherlands spokesperson among the national and international space community and serves as an inspirational speaker and host at conferences.

As Co-founder of Explore Mars Inc. she served as its president until 2019 and at present serves as CEO of Explore Mars Europe. Before Explore Mars, Artemis served as president of the Mars Society NL, as Steering Committee member for the Mars Society Inc, and as Mission Director of the Mars Analogue Desert Research Station in Utah, which project she turned into a completely self-sufficient and financially independent venture. She has coordinated both national and international conferences; has decades of experience as an influential lobbyist and advocate for a variety of causes all over the western world. She is multilingual in Dutch, English, French, German, with fluency in others.