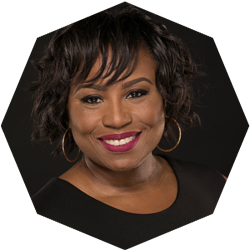 Dr. Alleyne currently serves as the Deputy Manager for Commercial Lunar Payload Services at NASA Johnson Space Center, where she is responsible for developing the strategy and mechanism for the commercialization of our Earth’s moon, by US commercial companies. Prior to that she served as the Assistant Deputy Associate Administrator for Programs in the Science Mission Directorate at NASA Headquarters where she provided technical and executive leadership on NASA’s planetary, earth, heliophysics and astrophysics science missions. She has also served as the Associate Program Scientist for the International Space Station, the Orion Crew Module Systems Engineering, Integration and Test Technical Manager, Lead Systems Engineer for Constellation Program and as a Flight Systems Test Engineer at the NASA Kennedy Space Center where she started her career.

She has received numerous awards and commendations from national and international organizations including being awarded Women of Color in STEM All-Star Technology Award, Outstanding Woman in Aerospace by the National Society of Black Engineers; Distinguished Alumni award from FAMU/FSU College of Engineering; and Commendation Award by NASA Johnson Space Center Director for her outstanding leadership and contribution to NASA’s mission.