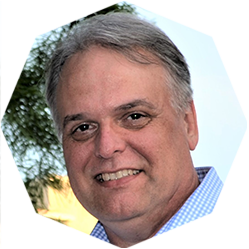 Chip Link is the Crew Module Integrated Product Team Leader for the Dynetics Human Landing System where he is leading a multidiscipline team of industry’s best engineers and subject matter experts to develop the crew compartment design that will perform the next human landing on the moon in 2024. Prior to joining the Dynetics team, Chip worked for 32 years on the International Space Station Program where he was an engineering lead and department manager for the development and activation of Node 1 “Unity”, US Laboratory “Destiny” and the Joint Airlock “Quest”. Since 2001, Chip has led a sustainment team that added new capabilities and upgrades to the ISS including integration of Closed Loop Regenerative ECLSS systems and other key capabilities needed to enable expanded crew operations. Chip also led many other ISS reconfiguration projects that shaped the ISS into how it looks and operates today. Chip received a Bachelor’s of Science Degree in Aerospace Engineering from the University of Alabama in 1988 and currently resides in Huntsville, Alabama, with his wife Karen and their four children.