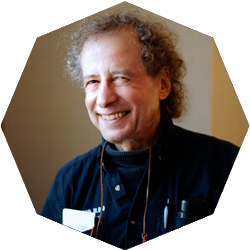 Howard Bloom, who founded the Space Development Steering Committee at the behest of Buzz Aldrin, is the author of seven books, including the new Einstein, Michael Jackson & Me: a Search  for Soul in the Power Pits of Rock & Roll.  Bloom has been called “next in a lineage of seminal thinkers that includes Newton, Darwin, Einstein,[and] Freud,” by Britain’s Channel4 TV, “the next Stephen Hawking” by Gear Magazine, and “The Buckminster Fuller and Arthur C. Clarke of the new millennium” by Buckminster Fuller’s archivist.  Bloom’s second book, Global Brain, was the subject of an Office of the Secretary of Defense symposium with participants from the State Department, the Energy Department, DARPA, IBM, and MIT.  Sheikh Mohammed bin Rashid Al Maktoum, Dubai’s ruler, who doubles as the Prime Minister of the United Arab Emirates, has named a racehorse after one of Bloom’s books. The eleventh president of India, Dr. A.P.J. Kalam has called that same book “a visionary creation.”  Bloom’s writing has appeared in The Washington Post, The Wall Street Journal, Wired, and the blogs of Psychology Today and The Scientific American.