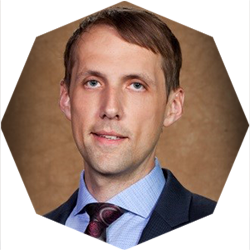 Tom Martin is currently the Director of Strategy & Business Development for Launch and Human Exploration Programs at Aerojet Rocketdyne. In this role he is responsible for the overall strategy for Aerojet Rocketdyne’s current and future products related to National Security, Civil and Commercial Space Launch activities and overall integration of AR’s involvement in Human Exploration activities supporting the NASA.

Prior to joining Aerojet Rocketdyne, Mr. Martin received a MS in Aeronautical & Astronautical Engineering from Purdue University and an MBA in Strategy and Finance from the University of Southern California.